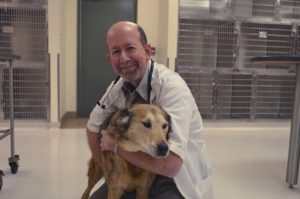 Safe Haven Veterinary Hospital was started out of a lifelong ambition by Dr. Stuart in September 1997 to operate his own veterinary facility. Dr. Stuart was born and raised in the suburbia of Miami, Florida, then moved to Miramar in his mid-teens. After attending local colleges in Miami and Boca Raton, he moved to Gainesville, where he finished his Bachelor in Science degree, and then attended the College of Veterinary Medicine at the University of Florida (Go Gators!!!) from 1982 – 1986. After graduation with his Doctorate in Veterinary Medicine, Dr. Stuart moved to Ormond Beach (where he still resides) to take his first job as an associate veterinarian.

Safe Haven Veterinary Hospital opened its doors on September 22nd, 1997 in Palm Coast and Dr. Stuart has been keeping busy running our newer state-of-the-art facility at 30 Lupi Court since it opened in May 2007. He is the Past-President of the Volusia County Veterinary Association and also served on the Florida Veterinary Medical Association’s Budget and Finance Committee. When he is away from the office, Dr. Stuart enjoys biking, reading, spending time with his dog, and traveling.

Dr. Stuart sends out his heartfelt thanks to the clientele of the Safe Haven Veterinary Hospital for their friendship, warmth, love, and support during his years serving you in Flagler County.

Dr. Andrea Puckett was born and raised outside Atlanta, Georgia. From a very early age, she knew she wanted to be a part of the medical profession. Growing up, she spent most of her free time riding and showing hunter-jumper horses and participating in the 4-H Horse Club. Both of these activities helped establish a passion for veterinary medicine. Dr. Puckett attended The University of Georgia where she obtained a Bachelor of Science in Animal and Dairy Science. She loved the school so much that she decided to stay and complete her Doctorate in Veterinary Medicine as well. Go Dawgs!!!

Following vet school, she completed additional training in the form of a large animal internship at Texas A&M University after which, Dr. Puckett moved to Florida to be with her now-husband, Luke. They currently reside in Flagler Beach with their two dogs Sammy and Phinn, and their bird and fish. Dr. Puckett also has a horse that does not live with them! In her spare time, Dr. Puckett enjoys outdoor activities such as boating, scuba diving, stand-up paddleboarding, and horseback riding.

Dr. Puckett has been working at Safe Haven since 2012. She thoroughly enjoys working with our awesome clientele and their four-legged children. Her interests include wellness, internal medicine, dermatology, and soft tissue surgery. 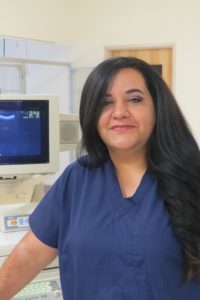 Carla graduated from Mercy College with a Bachelor’s Degree in Veterinary Technology in 2001. She took and passed the New York state exam and immediately began her career as a Licensed Veterinary Technologist. While residing in New York, she worked for a multi-purpose practice that served as a general practice by day and emergency practice at night. Over the course of many years, she was exposed to many aspects of veterinary medicine and gained a wealth of knowledge and technical skill.

Carla moved to Palm Coast with her family in 2004 with aspirations of attending veterinary school. She joined our team in 2004 and within a year was promoted to the position of Head Technician. Carla decided against pursuing veterinary school and instead purchased a home and started a family, welcoming her son Ean in 2008.

Carla has played an integral role in helping to reach our goal of providing the best quality care in the country. Through her efforts and mentoring, she has helped our team grow and was recently promoted to the position of Patient Care Coordinator in 2014. Carla has her hands full with her energetic young son and multiple four-legged children. She enjoys expressing her artistic side through various crafts, baking, and do-it-yourself projects. 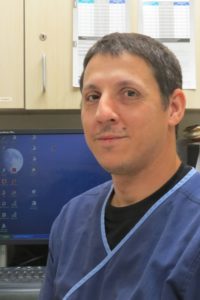 Brian was born and raised in New York; his veterinary career started as an overnight kennel attendant in a multipurpose practice that served as a general practice by day and an emergency practice by night. Brian progressed rapidly in his veterinary career due to his passion for animal care and ability to learn quickly. He was promoted to an MRI Handler in a very short period of time, and soon thereafter underwent training to become a Veterinary Technician. After 3 years of developing and honing his skills, he decided to make a change.

Brian moved to Palm Coast with his fiancée Carla in 2004. He decided to pursue his first passion in life as an automotive mechanic. In 2007 he realized that he preferred veterinary medicine and joined the Safe Haven team that August. Brian has proven to be a great asset to our team with his ever calm demeanor and unfailing ability to always lend a hand when needed. Brian enjoys spending time with his son Ean. Together they enjoy fishing, bike riding, and working on cars in the family garage. 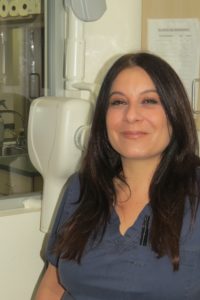 Michele received her college education at Montclair State University in 1992 in the field of Psychology and Social Work. However, she quickly realized that her heart and passion belonged to the furry patient variety, and thus embarked upon a veterinary nursing profession that has encompassed 26 years. She obtained her Certified Veterinary Technician license after passing her board exam in New Jersey in 2000.

Prior to joining Safe Haven in 2013, her experience included positions as the Head Radiotherapist, Diagnostic Imaging Technologist, Veterinary Anesthesiologist and Nursing Staff Supervisor at a large MRI/CT radiation therapy facility in New Jersey and working at an additional facility in the southern part of the state as well where she facilitated their inception. In addition, she had been employed at a large practice in New Jersey as a Surgical Technician and Anesthetist for 5 years.

Michele is a current Board Member and past Co-Vice President for The Last Resort Rescue in New Jersey. She looks forward to continuing to rescue adoptable dogs and cats from shelters and finding their forever homes in an upcoming Florida-based division. Her area of research is the role in which nutrition plays in companion animal health and wellness recovery. She shares her life with her partner Mark and their rescued dogs and cats. Her philosophy is to treat each patient as if they were one of her own. 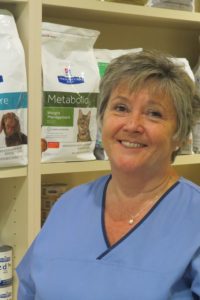 Cathy joined us early in 2008. Cathy was born in Glasgow, Scotland, and moved to the U.S. in 1979. She worked for the British Embassy in Washington D.C. in the press office until moving to Palm Coast in 2006. Husband Stan is now a retired Vice Consul from the Embassy.

Cathy has two adorable furry children, Sophie and Alfie. Cathy loves to entertain friends and family from around the world. In her spare time, Cathy enjoys books, movies, and traveling. She has been known to wake up bright and early in the morning later appearing at work with armloads of scrumptious baked-goodies.

Her friendly attitude and warm Scottish brogue will help you and your pet immediately feel at home.